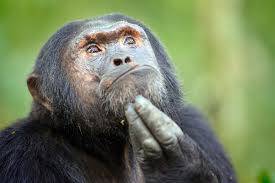 Brexit has demonstrated to the elites that democracy is far too dangerous to leave in the hands of the people.

The people of Britain have certainly spoken in favour of democracy. The only thing of concern is that 48 per cent of the voters would still prefer to be ruled by an unelected dictatorial elite based in Brussels.

For the first time in 40 years I’m not voting Labor. The fantastic and totally unsupported claim by Bill Shorten of a Coalition-led privatisation of Medicare has removed any of my support for a Labor Party led by this bullshit artist. I’m voting for the Nick Xenophon Team in both houses; anyone who has inspired such hatred (and fear) from both “major” parties has to be doing something right for the electorate.

Can we pay South Australia to ­secede? Think of the savings in the long term and the political drongos we would be rid of.

As the ALP insists this election is a referendum on Medicare, will Bill Shorten acknowledge in defeat that the Coalition has a mandate to privatise Medicare? With additional mandates for Gonski cutbacks, sensible broadband, temporary protection visas, free trade agreements and a plebiscite on gay marriage?