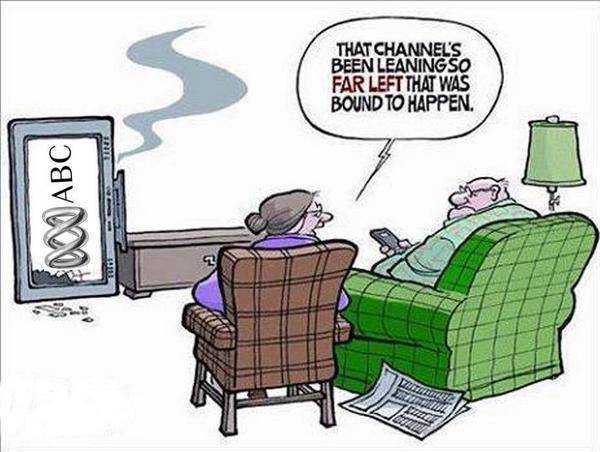 Why am I not surprised.

This should confirm in the minds of any doubters as to the group-think at work in the obscure and not so obscure crevices of the ABC. If there is a scintilla of justice and a skerrick of decency at the national broadcaster, this employee will be an ex-employee before the day is out.

“…An ABC staff member has applauded the alleged assault on former Prime Minister Tony Abbott by a same-sex activist.

An email from ABC employee Jonathon Lee to the ABC news division said it was “good” that Mr Abbott had been headbutted, in a move the Warringah MP said was a symptom of an “ugly and partisan mindset” at the public broadcaster.