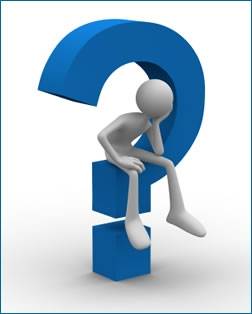 What Thinking Australians Are Thinking…..

Consider the word green. It describes envy and signifies inexperience.

Those of us who oppose homosexual marriage are not homophobes. We simply believe that marriage is a heterosexual institution. Homosexuals can have a marriage-type union with all of its rights and benefits, but it cannot be a marriage.

It is a pity that the fear of causing offence continues to prevent analysis of historical changes in society. While it is true Australia is arguably the most successful country in the world in integrating immigrants, our communities are not static and no policy should be quarantined from review.

It is simply myopic to insist that Muslim integration is not affected by the revival of Islamist dogma. We ignore the strength of our intellectual heritage by suggesting a review of immigration would derail society.

Of all the many and varied opinions on Pauline Hanson’s speech expressed in letters (16/9), the one that shocked me was the one from Jon Jovanovich. When he refers to “a few minor irritations” on the path to Muslim integration into society, does he realise what he has said? Could he face the family of the victims of the Lindt cafe siege or the police employee shot leaving his work and use that phrase about their bereavement?

What advocates for open immigration seem to ignore is that the cultural milieu of today is much different to previous waves of immigration. Greek and Italian immigrants were initially viewed with suspicion, but they were accepted in time. That process has applied to subsequent immigrants, including those from Asia.

The presupposition has always been that immigrants, in choosing Australia as their home, have wanted to become Australians, to be treated the same as everyone else. That presupposition is no longer true for some migrants. Their religious and political beliefs lead them to reject Australian values while preaching values entirely at odds with our secular liberal democracy. How can it be offensive, and hateful to acknowledge this fact and want to discuss solutions?