Dream or vision or not, that was enough to invade and lay claim to the Jewish holy city in 637AD, five years after Mohammad had died, and build their Dome on The Rock on top of the Jewish Temple Mount. The same Temple Mount over which UNESCO in October 2016 passed a resolution that denies Jewish ties to its most holy religious sites: the Temple Mount and the Western Wall. The vote was 24 - 6. The sheer effrontery and dare I say, chutzpah, of the Arab states sponsoring the resolution is unbelievable.
END_OF_DOCUMENT_TOKEN_TO_BE_REPLACED

This disturbing development of billing the victim can only by construed as the hammer and anvil of the deep state in an endeavour to stifle and muzzle conservative free speech. I'm hard pressed to think of a single example where it would be your garden variety conservatives on a violent rampage against a speaker or gathering of the left.
END_OF_DOCUMENT_TOKEN_TO_BE_REPLACED

Like Sam Dastyari, Bob Carr has been a sinophile and a shill for China and Chinese interests for a very long time. This is the disturbing and disruptive new tactic we’ve seen deployed by the left in recent times when they can’t win the argument or simply want to close out and close down any opposition or defy the will of the government of the day. This weeks example has been the lobbying and threatening of violent demonstrations at hotels and venues hosting Milo Yiannopoulos. In the US there have been several attempts by the masters of Astroturfing, Media Matters in recent times by putting pressure on Fox News to get rid of presenters like Sean Hannity by threatening boycotts of advertisers products.
END_OF_DOCUMENT_TOKEN_TO_BE_REPLACED

Labor and the Greens don’t want a ban on foreign donations, particularly to GetUp because this sinister and shadowy outfit are a Labor proxy and although they don’t donate directly to Labor, they run arms length hand in glove, sock puppet, media and ground campaigns (door knocking, handouts and robo calls) during the election proper deliberately targeting conservative MP's while promoting their Labor mates.
END_OF_DOCUMENT_TOKEN_TO_BE_REPLACED

Rule four holds that “ridicule is man’s most potent weapon” and it is Yiannopoulos’s ability to articulate his position with self deprecating good humour and ridicule of the opposition that drives and turbo charges the rage and unhinged fury of the feral flotsam and jetsam, rabble without a cause, protesting on the streets of Melbourne on Monday night. They can’t handle it.
END_OF_DOCUMENT_TOKEN_TO_BE_REPLACED 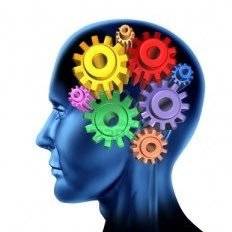 What Thinking Australians Are Thinking —- Finally and at last, others are starting to stir

It was the Italian Marxist Antonio Gramsci who articulated the notion that in the struggle for hegemony the incoming class must “conquer the commanding heights of the adversary’s culture”. The angry adolescents at the ABC, in our state school systems, in our universities and through the new medium of social media, have done just that.
END_OF_DOCUMENT_TOKEN_TO_BE_REPLACED

Like so much else these days, it's straight out of Alice in Wonderland when the Knave of Hearts was on trial for stealing tarts, tarts that Alice had actually stolen
END_OF_DOCUMENT_TOKEN_TO_BE_REPLACED

In fifteen to twenty years, psychiatrist couches are going to be overloaded with a mental health epidemic because of the associated gender bending discombobulation, mind manipulation and general psycho-sexual mental abuse at the hands of the administration of the Safe Schools program. It has become almost cult-like as it preys upon the naïveté, gullibility and vulnerability of the young. Aided and abetted as it is, by an out of control, sneaky, sly and manipulative deep state bureaucracy
END_OF_DOCUMENT_TOKEN_TO_BE_REPLACED

The SSM campaign was the best and most successful as well as the most recent example of Astroturfing and spin, couched as it was in terms of Marriage Equality which has in fact existed for almost 10 years. They simply played on the idea that very few will bother two check and just go with the equality argument. As well as a successful Astroturf campaign it was very simply another institution up for the Gramsci style, march through.
END_OF_DOCUMENT_TOKEN_TO_BE_REPLACED